Sushiyama is located on the corner of Brunswick St. and Broadway right across from Kingsgate mall and also across from Pho Thai Son. Everyday is a good day for sushi so I was excited to try them out. 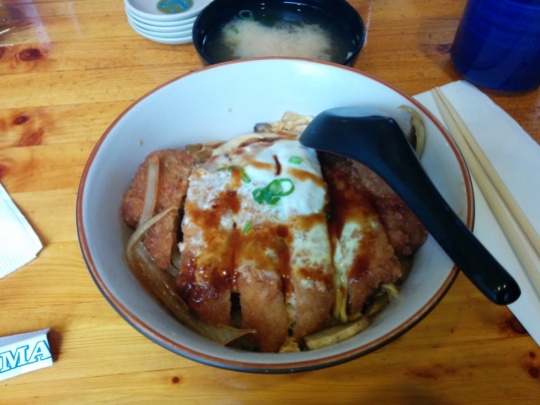 I actually did not really end up getting sushi since I had the Katsu Don. It was a great deal for $6.25 and it comes with miso soup too. The pork cutlet was nicely battered, not dry and fried with an egg on top. There were also some mushrooms and onions underneath too. The  rice had the right amount of sauce unlike the really dry rice I had at Zipang Provisions. Also the pork at Zipang wasn’t cut up either so it was more difficult to eat. I definitely liked this version better! There isn’t that much rice though so if you eat a lot this probably won’t fill you up.

In addition to the Katsu don, I also ordered two pieces of Toro nigiri. The toro had the right fatty taste and not a lot of rice! 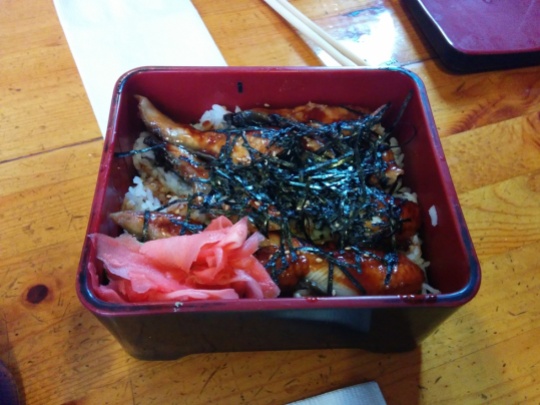 This was the Unagi don ($9) which was slightly more expensive than my Katsu don but that’s normal. The unagi was delicious with the unagi sauce!

This was the Deluxe Bento box which came with fried gyoza, assorted tempura, ebi sunomono, assorted sashimi and some sort of roll… didn’t try this but it looked pretty good! I wouldn’t mind getting this next time.

We were very satisfied with the food here and I’m sure I will be back. Must try some of their rolls next time!