Free any size dark chocolate dream latte after 2pm at Tim Hortons (participating locations) if you didn’t know already! :) Haven’t tried it yet! Coupon below!

Tea Sparrow is the world’s first monthly tea box and tea critiquing company and they will be having their first annual tea-off on Oct. 26th at the Heritage Hall (3102 Main Street, at the corner of 15th) from 11am-7pm.

You will be provided with your own tea cup and you can go on a sampling tour of 20 teas that have already been approved by Tea Sparrow members. After sampling all the teas, you can rate them on your own score card and all the teas will be available for purchase. At the end of the tour you can get more information about each tea and Tea Sparrow is also offering a 40% off membership discount! You will also have the chance to build your first tea box with any 4 of the teas at the event. In addition, there will also be speakers such as tea blenders, sommeliers and tea gurus who can discuss teas with you.

Discount tickets for this tea tasting event are available on Groupon, 2 for $5 or 4 for $10.

Read my review of their monthly tea box here. 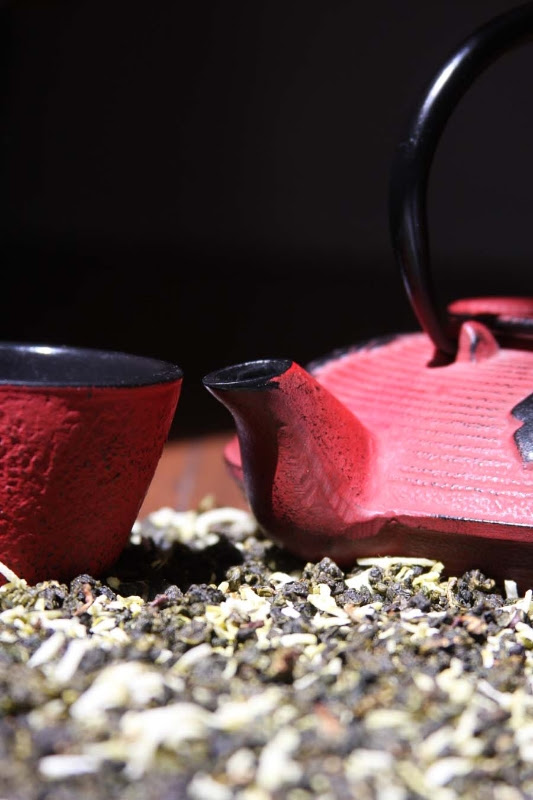 I was contacted by KISS Me Organics to review their matcha powder. I’ve always wanted to buy some matcha powder but wasn’t really sure where to get it from so this was a great opportunity for me. Their matcha powder is 100% organic and it contains 137x the antioxidants found in a cup of brewed tea. It can be used in drinks, cooking and baking and apparently it is even popular to use it in plain water!

They also sent me a free recipe guide too. Here’s the link if you would like to check out some matcha recipes: http://kissmeorganics.com/Matcha-Recipe-Guide.php I was surprised that it could be used in curry and pizza and as a spice rub. Of course it is also very popular in desserts.

END_OF_DOCUMENT_TOKEN_TO_BE_REPLACED

I was sent a free tea box for review from Tea Sparrow. Tea Sparrow is a monthly tea subscription service and they will send you 4 different loose leaf teas in their monthly box. All teas are free of artificial ingredients.

I think the company name is pretty cute!

There were two caffeinated teas (White Tea Champagne and Organic Masala Chai) and two herbal teas (Cacao Tea and Rooibos Du Hammam). There’s enough tea here for 35-40 cups. Each bag includes the ingredients of each tea and instructions on how to brew it.

I’m not much of a tea connoisseur but I did start drinking more tea last year. It’s like there was suddenly a tea craze going on and David’s Tea was popping up everywhere! I found the Cacao tea to be the most interesting since it is made from organic cacao bean shell. It smelled exactly like chocolate and the instructions advised to add milk and honey to it. I had no milk around but the honey enhanced the flavours and made me feel like I was drinking chocolate but … a watery version. Maybe it’ll be like hot chocolate with some milk in it!

Here’s how the subscription process works:

I found the 1/3/6 month options under the “buy for a friend” tab but you can just buy it for yourself and enter your own address. They ship for free to Canada and the USA. Tea Sparrow is offering all my readers 60% off their first tea box in an ongoing subscription (this does not work with a one time tea box or gifts for friends).

Discount link: http://www.teasparrow.com/promo/
Promo Code: teas
I enjoyed all the teas I received. Thanks for sending me the box Tea Sparrow! For more information, please visit their website.

Yesterday I went to EAT! Vancouver for the first time and boy was I excited. The three day festival is happening at BC Place this year. There was a lot of free food to sample even if you didn’t buy tasting tickets and that was exactly what I did. Here are some of my fave stands.

First of all this was my absolute favourite stall!!! Luna and Larry’s Coconut Bliss is ice cream made with coconut milk and it’s also soy, dairy and gluten free! It was so delicious and flavourful. Almost like gelato. After sampling the salted caramel and chocolate, I was in heaven already. I vowed to find them in a retail store but then I noticed that it had more calories than regular ice cream… =( However if you do have a soy, dairy or gluten allergy then you might want to check this out!

I also tried Greek yogurt for the first time. There were a variety of flavours to choose from such as peach mango, key lime and vanilla. I went with the peach mango and I was so silly I forgot to mix the yogurt first =__________= so all the peach mango was at the bottom but when I did mix it, it was so good! There was more fruit in it than any other yogurt that I’ve found and it was quite sweet too! Need to stock up on Greek yogurt now! Sampling is quite an effective marketing technique.

Then I discovered the Western Sage honey booth. I didn’t even know that you could have flavoured honey. Since I can’t resist sweets I had to sample some and I really liked the cinnamon and maple honey. Well I probably would have liked them all!

I was never a fan of fudge or so I thought. After sampling Checkers Premium Fudge, I had completely changed my mind. Their fudge wasn’t the hard sticky stuff I had tried before but the consistency was perfect. It almost melted right away like chocolate but it was a bit bit chewy too. Mmm! They also sold chocolate covered marshmallows, pretzels and caramel apples. Their variety of flavours guarantees something for everyone.

These cookies were amazing! The best part is that they’re packed with 1/2 a serving of vegetables and you won’t be able to tell! The red velvet bites were crunchier while the ginger snaps had a softer and chewier texture. I wish I had picked up a pack of these now! And did I mention they’re gluten free?

I never knew flavoured soy milk would be so good! The cappuccino almost tasted like a bottle Starbucks frappuccino! That’s probably why I liked it.

Another noteworthy mention was this stand that sold chocolate flavoured peanut butter! I think it was as good as Nutella or better. =D

Tickets are $14 online and $16 at the gate. Throughout the day, different seminars and cooking demonstrations are presented. Today is the last day so if you want to sample some delicious food you better hurry! I will be back next year!